The changes of the times have caused more and more manufacturers to pay more attention to the user experience, especially the problem of vehicle noise, which has attracted more and more consumers and car owners.

In order to provide customers with a better experience, many OEMs use a lot of technology between the fuel pipe and the engine to reduce engine idle noise, including changing fuel pipe materials, adding silencers, etc., which leads to increased costs. Fuel leakage may occur due to different materials. 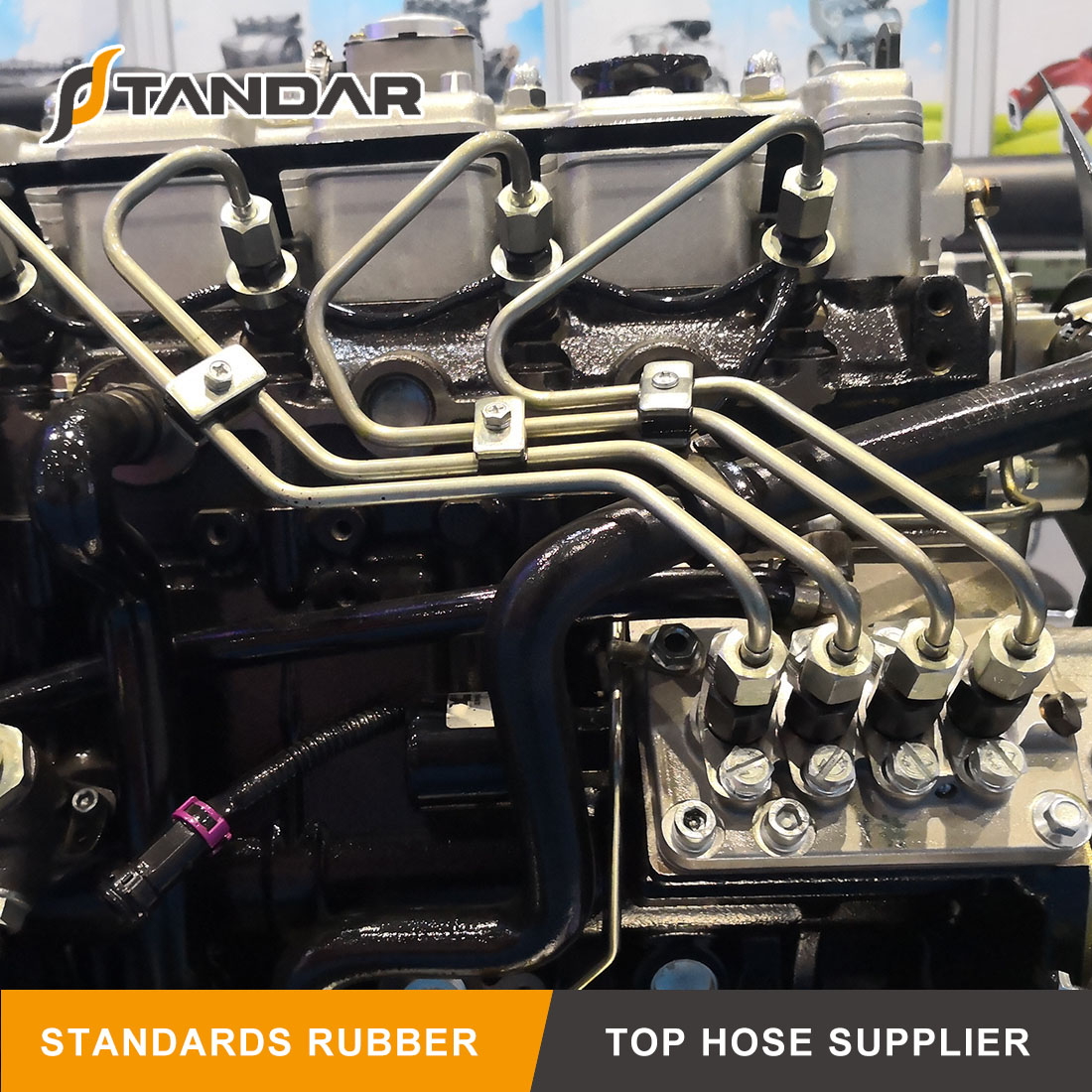 A novel technical solution provides a fuel line system for use in a vehicle, including an engine, a fuel tank, and a canister for absorbing oil vapor; wherein the engine is fixedly mounted on an engine mount bracket; the fuel tank and the carbon.The canister is connected by a first fuel line; the canister is connected to the engine through a second fuel line; at least one fixing clip is further disposed on the engine suspension bracket; the first fuel pipe the road is fixed to the engine mount bracket by the fixing clip.

Further, the carbon can is filled with activated carbon.

Further, the top protruding protrusion is an elastic protrusion.

Further, the first fuel line and the second fuel line are respectively fixed to the engine suspension bracket by a plurality of the fixing clips.